Maybe on my 4th anniversary I’ll post this site’s “version history” lol. (Yes, the numbers actually mean something.) And somehow I keep doing status posts even though I claim to hate them, but I guess it’s always been that way.

You’ve probably noticed how this site has been moving farther and farther in an obscure direction, which is a good thing because that’s what I’ve wanted it to do for a long time. (Maybe I’ll finally fulfill my dream of becoming anime kritik.) You guys have made it clear that you support whatever decision I decide to make with this site, so I’m very happy to know that I can make changes without feeling like I’m disappointing someone. Those changes will continue.

The next step for this site is to generalize its anime culture content more. As of now, I post almost solely on anime—before, I covered a broader field, but I tried to narrow it down to just anime last year. This year, I’m broadening it back out again. The trouble with doing that is that I have an established audience who doesn’t care as much about those other things, but I’ve gotten used to posts that no one reads and don’t mind it anymore.

So, I’ll talk a lot more about anime-related light/novels, continue my ongoing seiyuu-fanboying stint, maybe talk about some video games if I ever actually play them, bring manga back, etc. What I’m also considering is integrating the posts from some of my inactive side-blogs into this one so that I can finally shut those ones down. I’ll definitely be doing so for my “secret” manga blog, Is That You, Moatilliatta. Once I import the posts, depending on whether they show up in my feed or not, I’ll make a post linking to them so that you can check them out, since they’ll probably sort themselves out by original date of publication.

UPDATE: Looks like the posts all showed up in my feed LOL

While I’m talking about version updates, let me take this opportunity to once again welcome my co-blogger Thoughtcannon whom I’m not entirely sure everyone knows is writing here now lol. He’s already published some great posts here, which I’ve linked to below.

Ai-Pon and Spectrums of Cute

For those who like to be able to keep up with everything I write (typing that sentence feels surreal knowing that some of you do exist, and I love you guys), here is a list of all the places you can find me right now and what you’ll get there (this site excluded).

Shameful Otaku Secret – I’ve been quite active on Otou-san’s site, where I’ve been posting about current shows, some episodically.

Scarlet Monochrome – Since I’m pushing all anime-related content, no matter how small, to either this site or SOS, Scarmono should become a site entirely for either personal stuff with no connection to anime, or music.

Cirno and Purple Steve – This is a web serial I’ve been posting twice weekly for the past three weeks. I like the way it’s been turning out so far, so if you’re interested in reading some silly experimental short fiction, then by all means give it a go.

Modal Hsoul Productions – Despite existing for about two months, this site is just now becoming active. I’m considering it my main operations hub for all creative works. Currently I’ve been posting short stories there, but it will eventually be linked to all of my future projects, so if you want to follow my writing career, follow this site.

Lately I’ve been focusing mostly on my fiction writing, but it clearly hasn’t detracted all that much from my anime blogging, so no matter what I say, don’t expect this site to go anywhere soon. As for social media outlets, I’m still on indefinite twitter sabbatical and with any luck, I’m never coming back. A lot of people are still contacting me on twitter, so I’m still checking it regularly, but if possible it’d be great if you could contact me through one of the ways mentioned on my about page instead. 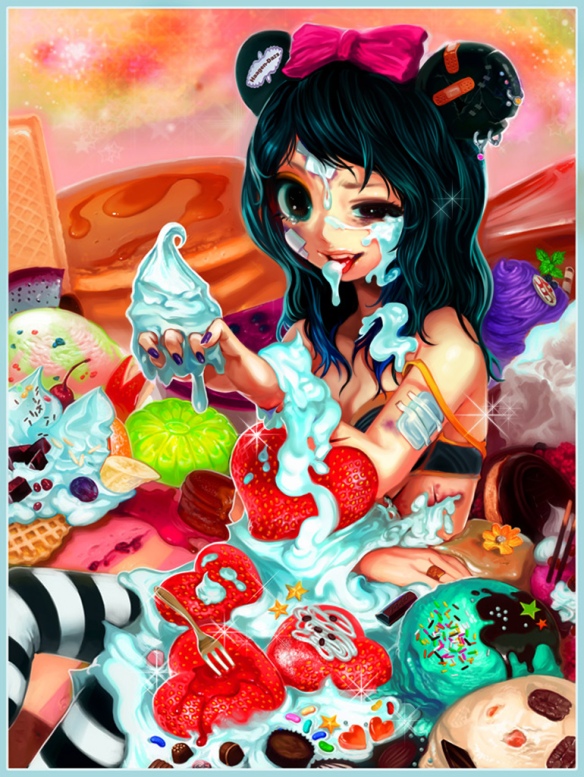 Now, the thing you’re all wondering about: what the fuck is up with the Acadime Awards? Last I mentioned, I promised they were still running, and that was over a month ago and the second post never came out. Well, I did work on a few posts and nearly finished them, but never did finish them, so they never came out. I kept assuring myself I’d get around to it because I don’t want the work of all the contributors to go to waste, but clearly I have no real desire to continue working on the series.

So, instead of doing it properly, I’m just going to post the winners of each category and put up the write-ups from the contributors, and maybe add some other comments of my own in some cases. I apologize again for my being such a huge flake and promise I won’t let something like this happen again.

To those who have not yet completed their write-up or didn’t start because they weren’t sure of the fate of the program, I leave it entirely up to you to decide if you want to still finish. I’m just going to post the completed ones that I’ve received one at a time until I run out, and then I’ll post any others I receive after the fact. The posts can be expected to begin as early as tomorrow.

And, that’s all for now. Once again, I’d like to thank everyone who’s still reading me through this period of relative obscurity, and will be happy to see some of you follow the many other writing projects I’ve got going on as well.

10 thoughts on “Dull Sword 4.44 and the Fate of the Acadime Awards”