I started off my J.C. Staff post by declaring them a “great” studio. I can’t say that about DEEN. Whereas J.C. Staff has shows that look good even if they suck, DEEN has shows that look like shit even if they’re good. Yet, while I could jump to the conclusion that this makes them a failure as a studio (in cases of adaptions, what good does it do if you don’t supply the most important thing—animation!?), the truth is that DEEN has a lot of good shows, regardless of their failings in animation. The studio even has a number of things going for it that only through watching a lot of their shows would you start to realize are definitive trademarks.

Some of those good points are as follows:

Anime adaptions of still-running manga and light novels often end in disappointment when the series runs its course and stops, leaving the story without conclusion. When DEEN adapts something, though, you’ve got a much better chance of seeing it through to the end. Maybe it’s a result of having adapted all those long-ass Takahashi Rumiko manga in the 80s and 90s (Urusei Yatsura, Ranma 1/2, and Maison Ikkoku were all their doing), but DEEN will keep bringing back a show as long as the fans keep demanding it. For instance…

Maria-sama ga Miteru – Three TV series, a series-length OVA, and a series of specials for each installment.

Rurouni Kenshin – A funny example, since they did the last (and universally panned) arc of the TV show, but they then did the two OVAs in 2000 and 2002, and now they’ve announced a new Kenshin project on the horizon.

I’ll stop listing there, but if you go down their list of works, you’ll see a lot of shows with multiple seasons (even weird ones like Eat-Man). Of course, this sadly isn’t *always* the case (I’m sure fans would love more Umineko, Fruits Basket, and Hatenkou Yuugi). It’s just a matter of money—for instance at one point DEEN had announced a second season of Amatsuki, but it never ended up happening, probably because no one watched Amatsuki (and manga fans didn’t like what they did with it.)

Nevertheless, when I see things like how they’re making a second season of Seitokai no Ichizon two years later, it gives me hope that we’ll see more of stuff like Umineko, no matter how long it might take. 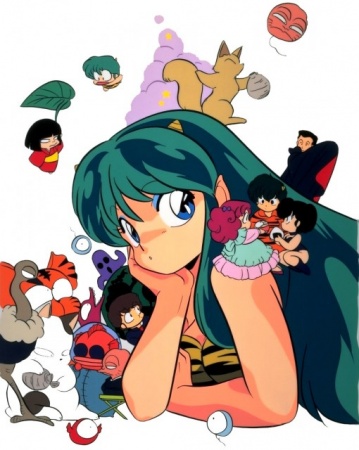 That’s right! Today, Oshii Mamoru is one of the best-known and reviewed anime directors of all time, commanding gargantuan budgets and even directing live-action movies. Before he was giving us amazing works like Ghost in the Shell and The Sky Crawlers, though, he was making his directing debut at Studio DEEN.

Urusei Yatsura – Oshii helmed the massive Takahashi adaption from 1981 through 1984, and directed and wrote the second film, Beautiful Dreamer, remembered today as a classic (especially amongst fans of the director).

Angel’s Egg – In 1985, Oshii directed and wrote the single most pretentious arthouse anime of all time, Angel’s Egg; lovechild of himself and legendary Final Fantasy/Vampire Hunter D artist Amano Yoshitaka, with breathtaking background art courtesy of Kobayashi Shichiro and his company. This film may be kinda insufferable, but it’s undeniably gorgeous.

Twilight Q – A strange little original OVA that was supposed to feature different young, great directors on each episode, but ended after just an unmemorable first episode from the guy who directed Ocean Waves and House of Five Leaves, followed by an excellent second episode by Oshii Mamoru. I consider Twilight Q something like a Rosetta Stone to understanding Oshii’s style.

This brings me to my next point…

Studio DEEN seems to understand that they suck

Okay, this is a weird thing to list as a positive, but I think it’s true to some extent. DEEN knows that their shows are late-night shows for otaku and are made to cash in on popular trends (currently light novels). They use this as an opportunity to sort of ham it up and play the fanservice element well.

Anime fans, especially in the west, may not like this. For instance, Kore wa Zombie Desu ka seemed very aware to me that for one, it wasn’t the best-looking show, and two, it wans’t going to cover very much of the source material. And that’s fine—the people watching the show are already familiar with the source material, and it’s not like DEEN had the money or time to make a functioning show. So instead, they focused on bringing out some great comedic moments, hiring excellent vocal talent (this always seems to be where DEEN puts its money), and upping the fanservice (episode 12 was the epitome of this). This makes it a lot more worthwhile to fans than an inferior retelling of a story that they already know.

Not all DEEN adaptions share the quality, but I think it’s recognizable when they do. Seitokai no Ichizon is the perfect example, and I think Marimite has a big element of this as well in its own way.

Alright, enough with the back-handed compliments, let’s look at genuinely good Studio DEEN shows. (Which by the way, make up a bigger portion of my favorites list than J.C. Staff shows!)

It’s not the best-looking show in town but, damn if the staff and designers didn’t try their very hardest to make it look great, and the attention to detail is certainly there. I’ve had the pleasure of seeing the director/animation director commentary and heard just how much went into this show, and I love thinking about all that passion for this excellent original anime. 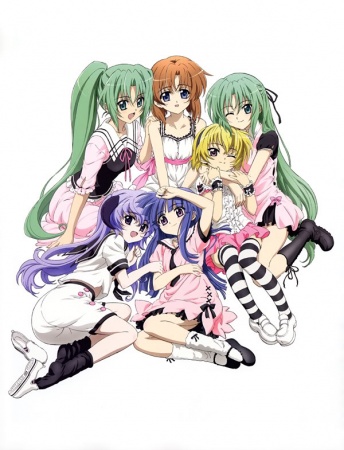 The first season of Higurashi was pretty ugly, but it cleaned up well for the second season and was always supported by an excellent cast, playing one of my favorite ensembles of characters. Higurashi, like most novel adaptions, gets a lot of crap from fans for leaving a lot out, but it’s a necessity for adaptions, and in this case, I think they did all they could to make it as good as it could be.

IMO the best samurai movie ever, and definitely deserving of its status as a classic. It could’ve looked a little better—it didn’t really have to. It was gorgeous, the music was amazing, and the director showed a master hand, making me think “wow, it’s really the same guys who did the show? And the studio that did the shitty third arc?” They definitely made up for it here.

I included R.O.D. the TV on J.C. Staff’s post even though it was a joint with DEEN because DEEN gets to have full credit for Read or Die the OVA, critically acclaimed for being gorgeously animated, stylish, and brilliant—such a success, and internationally, that it spawned a whole franchise off of just three episodes. Even more than Angel’s Egg, this is one that makes me go… “that was DEEN?!”

Renowned as the mother of modern yuri anime and one of the best-written shows of the past decade, you’ve just gotta love Marimite. DEEN spent all the money on acting, which was the perfect thing for a character-driven drama wherein, true to the roots of anime, beautiful key frames take precedence over animation quality.

I find this show very charming and fun, and it fits into a lot of personal biases. If episode six hadn’t been so horribly ugly when it counted, I’d have said it marked a trend along with Dragon Crisis last season that DEEN was making better-looking shows. I guess they are, but the steps are smaller than they first seemed.

It’s funny—thanks to recency bias and the sheer amount of time it took to watch the show, I considered Ranma a favorite at first. Now, I mostly have bad memories of terrible episodes. Yet, I proved that there are at least 60 worthwhile episodes of Ranma and at least 20 really stellar ones. And I mean, it’s a classic.

This, to me, is the ultimate example of a show that’s funny from start to finish and yet manages to develop its characters and make them memorable. All while being fairly ugly and taking place in a single room. And it launched some great new vocal talent, too.

It’s pretty damn lulz-worthy at times, occasionally really hard to watch, and I won’t be rewatching it unless they make another season and properly end it. And don’t get me started on how much it pisses off fans of the game. Nevertheless, I had a whole lot of fun watching Umineko, and it’s nothing if not memorable. I even named my band after the show.

As far as being an adaption goes, this may be DEEN’s most infuriating—ten episodes that adapt ten random-ass stories from the ten-volume (at the time) manga, out of order, and totally mixed up. However, I actually kind of like the anime more than the manga. Mostly it’s because of the absolutely brilliant script courtesy of Imagawa Yasuhiro, but the point stands that it’s a fun show.

Some other shows that are awesome but I’ve only seen an ep or two of: Eat-Man (just started this and loving it), Mission-E (and Code-E), Fruits Basket, Hetalia, Kokoro Library

31 thoughts on “And Now We Talk About Studio DEEN”