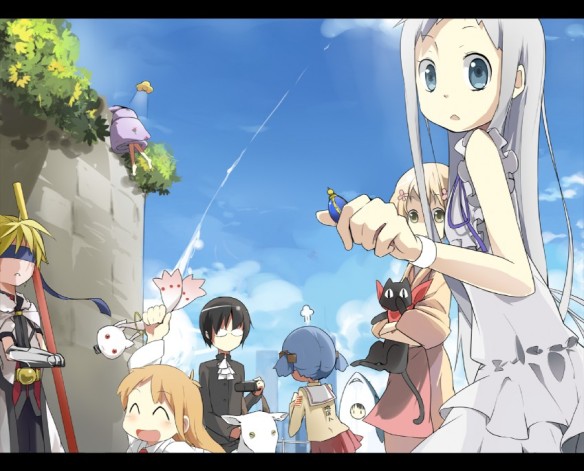 So that hiatus from working on these posts was a little on the long side. After I got back from Chicago there was tons of stuff to catch up on from the new season, newly airing stuff, and schoolwork. ( (actually I finished is several weeks ago) I’m sorry, that was mean. It’s what happens when I’m deprived of A Song and Ice and Fire, just ignore it for now. I’ll be getting to the meat of things in a second with the final however-many-I-wrote-about one cour shows I watched and Gosick which was the only two cour show I watched that finished this season, but briefly I’d like to discuss some of the stuff I dropped or simply was not able to complete:

30-sai no Haiken Taiiku: The only show I outright dropped last season, mostly because it was nonsensical. Don’t get me wrong I generally like nonsensical, but when half the screen is blacked out and every other word is Gendo Ikari bleeping some expletive it’s just not fun anymore, it’s a chore just trying to understand. It’s like trying to watch Qwaser censored; an exercise in futility. Also it wasn’t that funny to me. I was kind of interested how Hiro Shimono character would bag the hot office chick, but not enough to deal with the screen-obscuring censorship.

Hyouge Mono: Five episodes were subbed. I have to admit though that’s it an intriguing concept. The execution is…odd…to say the least. Within the first five episodes I was already shaking my head in disbelief every time Sasuke lost his shit over some ancient tea kettle meant to evoke a bird regurgitating up it’s lunch to feed it’s squawking children. I can’t fault the facial expressions though.

Honto ni Atta! Reibai-sensei!: I don’t watch many terribly animated shitty flash animation shorts but I’d watch way more HontoAtta because it was genuinely funny. I loved Reibai-sensei’s attitude and having her force Oda Nobunaga’s spirit to possess some random female student of hers was one of the funniest gags I’ve seen all year. I would have watched more Reibai-sensei but the group I go to for .avi encodes stopped releasing them. YEAH that’s right I can’t watch shit unless it’s SD, get off my back my laptop is 6 years old. BUY ME A NEW ONE. Also HontoAtta had one of my favorite ED themes of the entire season which is criminally unrecognized by not even appearing on Gendou. Behold: Pair by Meaw.It’s got one of the most mellow sounds and simplest dance beats but for some reason it really makes me want to get up and bust a move. Alright lets get down to business.

Even the coldest hearted moe-haters hearts melt at this sight.

Astarotte no Omocha!– So yes, it pandered to lolicons somewhat heavily at the end but I don’t really care either way about that. Lotte no Omocha never did that much to impress me in the first place. Most of the blogger reaction was surprise that it was not as lolicon-pandering as it was. Not the best reaction but I guess not a bad one either. My reaction was similar. I can’t think of many especially noteworthy things about the show to be perfectly honest. Except one thing:

No one is safe.

Denpa Onna to Seishun Otoko – Okay so Denpa Onna never amounted to much. Was it at least a fun or derivative way to waste of time? You mean it wasn’t? What’s that you say 90% of the jokes fell flat on their face/flew over your head? Well at least the characters were cute right?…………HELL FUCKING YEAH!

Deadman Wonderland – I may very well be losing it, but Deadman Wonderland was one of the shows I looked forward to the most each week. I’m pretty easy to please I guess. Deadman Wonderland had at least two elements (gratuitous gore an an interesting premise) that I enjoyed, which is more than I can say for a few other shows on this list. So I wasn’t that disappointed about the show, except for the ending being inconclusive and how I’m almost certain a sequel will never see the light of day.

Dororon Enma-Kun MeeraMera– Insane is a good adjective to describe Dororon Enma-Kun. I’ve seen my fair share of madcap series, but I would be hard pressed to tell you one that had as much pure untainted lunacy as Enma-kun. Enma-kun was like a fun crazy person that everyone just shakes their head or laughs at, like say, Robin Williams doing literally anything. Nothing but a rapid-fire string of cultural references, inappropriate humor and a peppering of expletives. Oretachi ni Tsubasa wa Nai also from this season, by comparison was like an insane person who truly believes that “they are the Queen of Sheba” or some other historical figure and dresses and acts appropriately. To the rest of us it’s quirky and hilarious, but to them they wonder why everyone keeps laughing long after they finished the punchline of their joke.

The more I think about this the more it makes a perverse sort of sense.

Gosick– The latter half of Gosick made up for all the shoddy mysteries in the former half. Mostly this was due to tossing out the mystery of the week format and only focusing on the overarching plot. It turned into a really fun adventure traveling story. Kujo never really grew much in the way of balls till the end of the show but he wasn’t completely useless throughout. Victorique remained as ever the major drive for watching the show. Seeing the way the final act unfolds makes it all worth it in my opinion. Revenges are had, lovers are seperated and reunited, grand mysteries are put to rest, and kings are humbled.

Hen Zemi– I think the consensus on this show is: not as good as the OAV. Nvm that the budget was most likely greatly reduced, everything else was dumbed down as well. If this wasn’t only 15 minutes an episode it would have gotten dropped pretty quickly. It just didn’t have the same perverse chemistry and devil may care attitude of the OAV. Pros

Hidan no Aria– I think it would probably be best if we collectively decided that this never existed. In a word: vapid. Pros

Seiyuu NotablesI guess it was nice to hear Taiga (Kugimiya Rie) and Ryuuji’s (Junji Majima) seiyuu doing something together again only with 99% less charm. 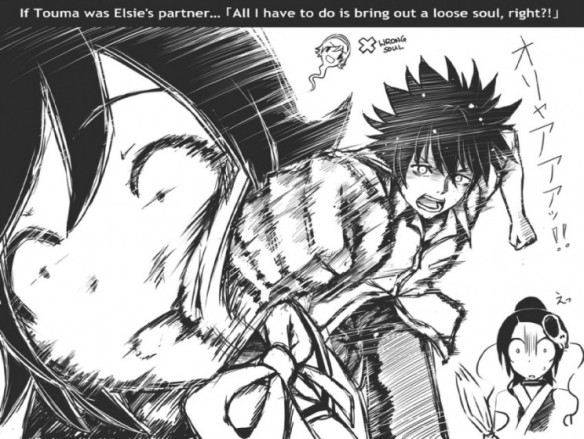 The World God Only Knows 2 – I personally greatly enjoyed the 2nd season of TWGOK. I felt it was far superior than the first season. While the first season only really had the Shiori arc that I could say was excellent this had what I considered at least three excellent arcs. Note: This opinion could be greatly inflated due to appearance of favored seiyuu.

And that’s all. This post is horrifically late as it is. If you are curious about my opinions on Softenni (overlooked gag comedy with Evangelion references), X-Men (not as good as Wolverine), Sengoku Otome (needs to work on it’s follow through), Yondemasuyo Azazel-san (goddamn hilarious especially when parodying Perfume, also this), Maria+Holic (a few star episodes but largely a soon-to-be-forgotten sequel to a probably-already-forgotten show), Seikon no Qwaser II (what a fucking cocktease I just finished this 09/02/11 and the final episode is just a goddamn 3rd season teaser. Well I did get what I wanted out of this season: more ridiculous tit jokes so I can’t complain too much about that last ep.) feel free to ask about them in the comments.

I plan to have a post out for the current season as soon as it finished. Hopefully it should be out quicker than halfway through Autumn, especially since I really like this season. By comparison Spring left me dead inside. That’s not true, but I didn’t think it was that great. I also intend to pen up something about the long-running shonens I am currently watching: Beelzebub, Toriko, Sket Dance, Gintama, and Fairy Tail. We’ll have to sit back and see if that ever happens. Until next time. 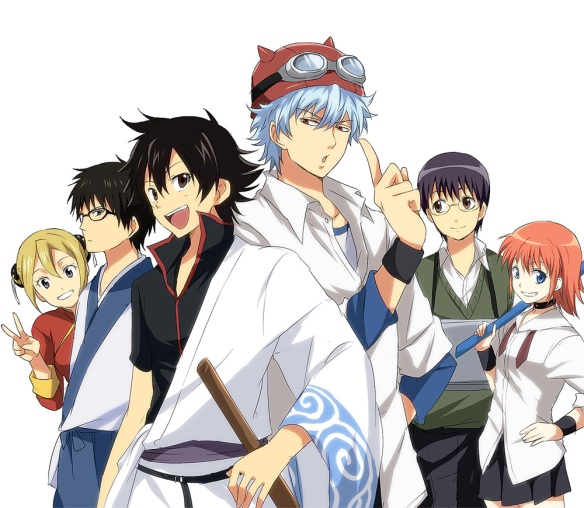