What else do we get from this episode? 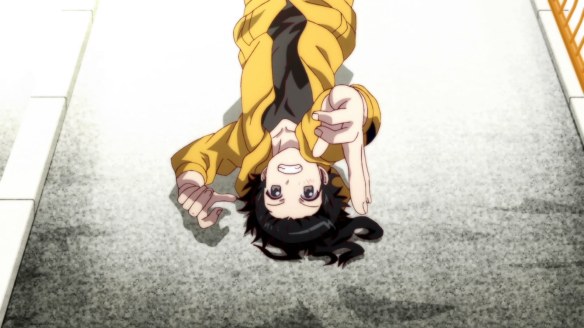 2. Kanbaru! I forgot how much I loved you!!! Here’s something that doesn’t feel true: I haven’t watched Bakemonogatari all the way through in two years. Because I rewatched bits and pieces since then, I forgot about this, but I remembered it harder than ever by realizing that Kanbaru is so awesome and I didn’t even remember it. Additionally, wow, it somehow feels like I haven’t heard Sawashiro Miyuki in a while. I think I’ve been dropping all her shows or she hasn’t been playing characters I was interested in. She was my favorite seiyuu for quite a while, and now I remember why.

18 thoughts on “The Courage To Watch Nisemonogatari 2”