Hello, I’m Conrad’s (Digiho’s?) younger brother, Iconclasm (AKA Victor). I’m finally being forced to do posts for his blog because I actually keep up with current anime while he’s busy snorting pony crack and doing… whatever it is he actually does. I’m a big mecha dork and I generally end up enjoying any show I sit down and watch. I’m not totally sure what kind of posts I’ll be making, but I will try to make them not suck.

My collection (except Unicorn stuff, which is on another shelf)

I love Aquarion Evol, not because it’s good, but because it’s brilliant. Several episodes left my jaw on the ground in amazement. I can’t say I care about the plot in a serious way, but the show doesn’t take itself seriously to begin with. I can’t stand Amata nor his stinky wench, but there are plenty of other characters to fall for; my favorites being Andy, MIX, Jin, Yunoha, and the ever-amazing Bianca. The show never fails to put a smile on my face, and I look forward to it the most every week. 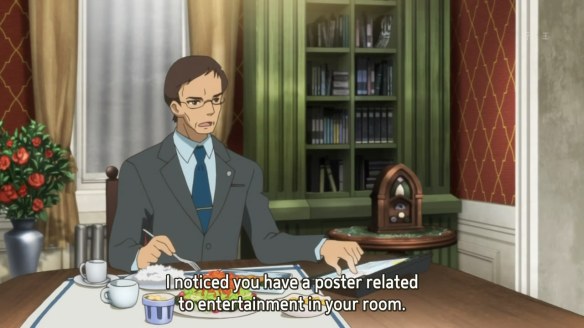 Jesus Christ, what can I say? Several minutes into the first episode, my jaw lay on the ground (similar to my reaction to Aquarion Evol) and my mind raced with feelings of fear, disgust and confusion. “What are you doing, Kawamori? What is this shit I’m witnessing?” was all I could think as idols fought off CG …mech-jet things in their secret valley to avoid oppression by the government. I almost stopped watching after those first minutes, but I sucked in my gut and kept going. The disturbing thing is that by the end of the episode, I felt like I really enjoyed it. It had nice art and character designs and besides the horrible subtitles, it didn’t seem half bad. I can see myself enjoying this show in the same way I enjoy Evol.

This show’s art and animation continue to blow my mind. Even if I didn’t care for the plot at all, I would probably keep watching it to stare in awe. I love the realistic style, and the show uses CG extremely well. Each character looks nice (besides ritsuko) and unique alongside other current anime. Romance plots aren’t always original nor unpredictable, but I enjoy them nonetheless (being the hopeless romantic that I am). I’m also a sucker for bromance so that helps a bit.

Just… everything. I love it. In the beginning I found the show a little boring and too dialog-heavy, but it quickly became one of my favorites. Its characters are all interesting, and I sit on the edge of my seat wondering who will be next to die. My favorite part of the show is the fight direction. When characters fight it really looks like they’re in a desperate struggle, and the weapons have real impact on persons and their surroundings.

There’s too much to say about Gundam AGE. I loved the first arc—shit was tight. The second arc had me a little worried in the middle with Asemu’s failing gay love and angst, but it came together in the end after people started dying again and Asemu became Gundam and serioused the fuck up. The new arc is worrying me again with the amount of quirky shenanigans going on, but I’m sure it’ll become awesome after Flit being a crazy old man fully sinks into my brain. 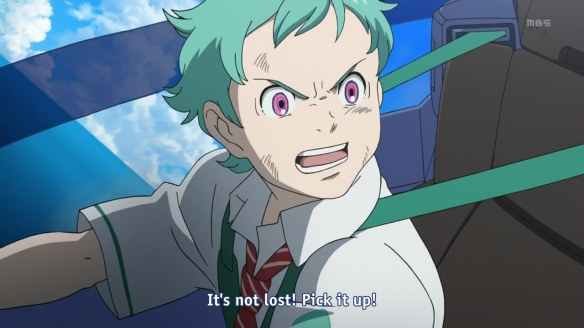 All of the excitement is expressed when I watch. I love Ao as the new main character. I don’t feel like I can say a whole lot from the episodes I’ve seen, but its showing a lot of promise. 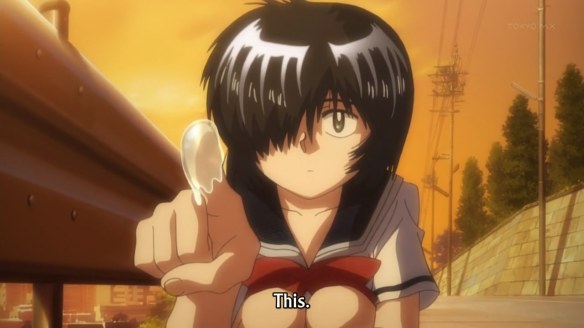 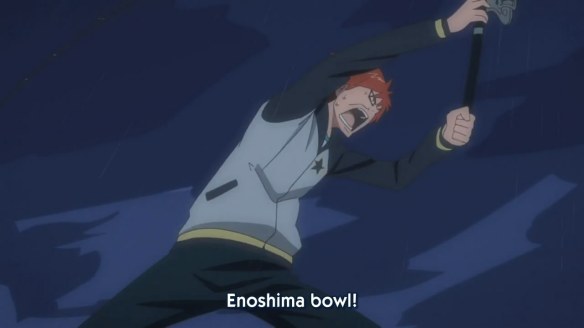 This show had me hooked in the first five minutes. The animation style along with the BGM put me in a great mood and maximized my enjoyment. The characters are a bit fishy and very fun to watch. It keeps a good balance of intrigue and sillyness. The portrayal of fishing as an element in the show reminds me of the way Hajime no Ippo portrays boxing, which is amusing to me. 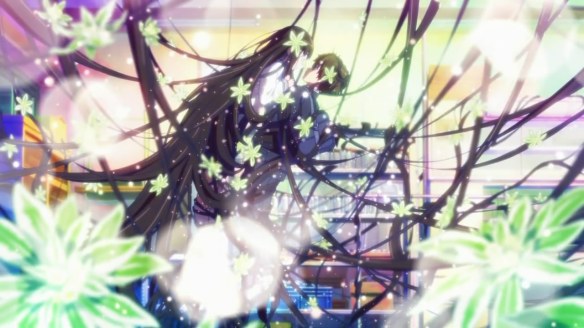 I’ve only seen the first episode and I already know it’s gonna be great. Everything about it seems fun to me, and the lead character has a classic high school slacker personality that I’m sure we all relate to.

I’ve also seen a few episodes of Fujiko, Zetman, and Medaka Box, but I dont have much to say about them currently.

By the way, I was hanging out on We Remember Love and a bunch of clowns followed me home. They wouldn’t let me post without getting their word in, so…