END_OF_DOCUMENT_TOKEN_TO_BE_REPLACED

Dragonshy is an excellent episode, and the turning point wherein the series hits a stride that would bring it the renown it now knows. It prominently features all of the mane six ponies and almost no one else, gives them a lot of fun dialog and animation moments, and has an adventurous feel with a big payoff. The pacing is air-tight, there’s a tiny musical number, and it expands on the lore in what were big ways at the time.

In terms of analysis, there’s not much to say. It’s a super-straightforward episode, and most of the dialog is more humorous or expositional than character-building. What I can analyze, though, is why I would say this when the episode is actually the first of only a few big Fluttershy episodes, and the most important for establishing her character.

I’ve always felt that Fluttershy is the least interesting of the mane six ponies. It’s not that I don’t like her, but there’s not much to her character, and what’s there doesn’t catch my attention. It’s not that she isn’t deep or doesn’t develop—those aren’t the kind of things that I look for in characters. I think that Fluttershy and Applejack are the two ponies who are the easiest to understand without any kind of analysis—but Applejack is a ton of fun to me, whereas Fluttershy isn’t.

END_OF_DOCUMENT_TOKEN_TO_BE_REPLACED

[If you use an RSS feed reader, you may have read this post already. It was accidentally published five days early, then rescheduled.]

In an unexpectedly pleasant twist of fate, Madlax episode seven is really good. This is great because being able to talk about why the episode is successful can heighten my points about why the rest of the show is so godawful. It sells home the fact that there’s a lot of potential lying under this series, being squandered by the lackluster presentation.

There are still some really stupid moments, which I’ll be sure to point out, but most of it reflected the excellent writing and pacing counterbalancing a low-budget production that made Mashimo Kouichi’s Eat-Man so good.

END_OF_DOCUMENT_TOKEN_TO_BE_REPLACED

Dance in the Vampire Bund was very much a mixed bag, and a confusing one at that. Episodes ranged from interesting to seemingly pointless, and the production quality was all over the place. And yet, that’s easily forgiven because the direction and animation of Shinbo/SHAFT gave it a unique and worthwhile quality that made it a memorable experience. No matter how “flawed” it was, it’s still a show I can see myself rewatching in the future since there’s nothing else quite like it. Plus, it had one of Yuuki Aoi’s best performances to date. 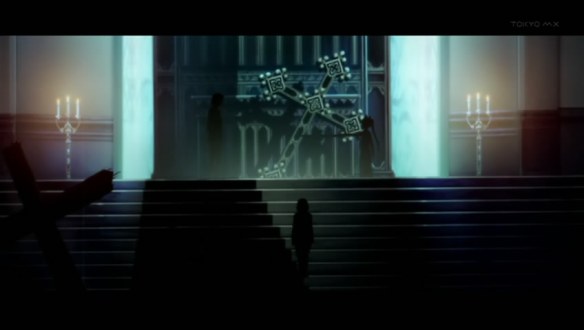 END_OF_DOCUMENT_TOKEN_TO_BE_REPLACED

In perhaps the zaniest (though strangely lowest-budget) episode of K-On!! yet, we are formally introduced to Mio’s fan club – evidently a storyline in the manga that fans have long been hoping would be adapted this season (and which, I note, was the episode that most felt like reading a 4-koma manga to me.) I think it’s pretty obvious that the fan club is a played-straight parody of diehard otaku, and KyoAni being what they are, there is perhaps no one more qualified to write about otaku.

Which is why it’s very interesting to see that this is one of the most respectful portrayals of otaku (maybe the fact that the word is never used could even be considered respectful) that I’ve seen in anime, as well as a refreshing take on the age-old plot of a famous person dealing with fans that are more or less intruding on her life.

END_OF_DOCUMENT_TOKEN_TO_BE_REPLACED

Casshern Sins is like a combination of Texhnolyze, Kino’s Journey, and Trigun in a brilliant and beautiful tone piece. At this point it’s primarily episodic, though there’s a plot always hanging in the background and leading everything along. In episode 7, Casshern meets a woman who used to work in a factory before the apocalypse and has now spent all of her time building a tower onto the factory. Her dream is to hang a bell on top of the tower that, when rung, will make all who hear it see that the world is beautiful even in the ruin. She tries to use Casshern’s body to make her bell but fails. She then builds a simpler bell (which is broken soon afterward) but she is dissatisfied with the sound it makes. However, Casshern is enthralled by the sound which he feels resonating from the woman’s heart. At the end of the episode, ringo shows up at the tower and listens in wonder at the woman’s bell of the heart.