Every time I participate in the Anime Blogger Secret Santa project, I try to take on all three of the shows that I’m recommended at once and make a point to finish at least one of them. This year, I received three totally fascinating choices which had me anxious to check them out, but I also ended up with the least time that I’ve had in a while to afford to them and only ended up watching a little bit of each.

If you know much about me, then you probably know that I’m often a lot more interested in the meta side of anime consumption than I am in actually watching things. I like putting shows into a grand narrative or context and trying to uncover greater truths about anime via the things that I watch. The recommendations that I got this year were perfect in that only one of them was a show which I’d already been planning to watch because I thought I’d enjoy it, whereas the other two could lead to fascinating avenues of meta.

END_OF_DOCUMENT_TOKEN_TO_BE_REPLACED

Well, this is embarassing! I’m supposed to be on hiatus until December 3rd, but Ore no Imouto 8 warrants a post from me, and besides there being no point in waiting, I’ve got no room in my December schedule, so here’s a My Sword is Unbelievably Dull appetizer! 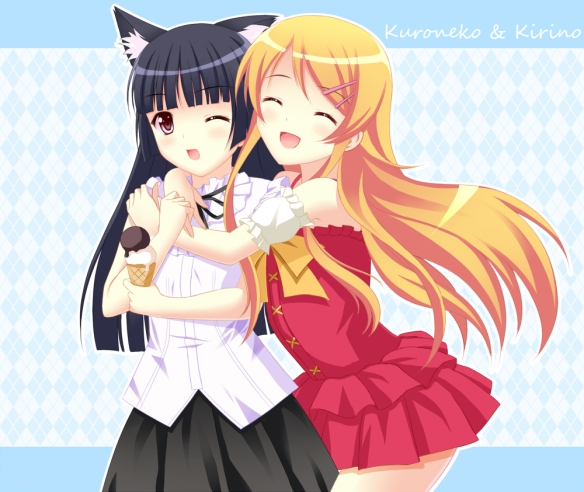 END_OF_DOCUMENT_TOKEN_TO_BE_REPLACED

Baka-Raptor is my destined rival in anime blogging. We stand on opposite sides of a battlefield – a lolicon against an upstanding citizen; a man who demands ‘plot’ against a style hound; a self-depreciator against a self-aggrandizer (hint: I’m the latter). And yet, we are great friends, always offering inspiration and competition to one another.

…or so I believed.

END_OF_DOCUMENT_TOKEN_TO_BE_REPLACED

This is a carry-over discussion from my comments section on the Unrepresentative Studio Screw-ups post.

The word ‘good’ gets thrown around a lot in anime discussion, and in conjoint with various aspects of what most consider to matter in an anime. ‘Good animation’ or ‘good characters’ or ‘good directing’. Good is always taken to have an objective meaning (I won’t get too deep into that, though, since I’m sure I have too many times on this blog.) However, some of these things are totally up to opinion, while others aren’t. I’d like to explore what things should and shouldn’t be personal considerations.